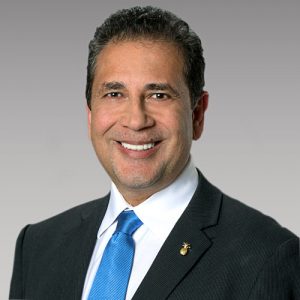 Dr. Mehta is an internationally recognized expert in human clinical drug trial strategy, design, and execution, and has managed national and international trials of all sizes including International Phase 3 trials.

He was Professor in the Department of Human Oncology at the University of Wisconsin’s School of Medicine and Public Health from 2002-2010, including being the Program Leader of the Imaging and Radiation Sciences Program of the Paul P. Carbone Comprehensive Cancer Center (UWCCC). Dr. Mehta was Chairman of the Department of Human Oncology from 1997 to 2007. He has been a member of the Board of Directors of the American Society for Therapeutic Radiology and Oncology (ASTRO) since 2006 and Chair of the Radiation Therapy Oncology Group (RTOG) Brain Tumor Committee since 1998. From 1997 to 2001, he served as an ad-hoc member of the FDA’s Technology Assessment Committee and from 2001 to 2005, he served on and eventually Chaired the FDA Radiological Devices Panel. He was Deputy Director and Chief of Radiation Oncology of Miami Cancer Institute at Baptist Health South Florida in November of 2015 to oversee South Florida’s first and only Proton Therapy Center. He has more than 400 publications to his credit, especially in the areas of radiation therapy and translational and clinical cancer research.

Dr. Mehta obtained his medical degree at the University of Zambia in 1981 and commenced his residency there at the Ndola Central Hospital. He moved to the University of Wisconsin, Madison, in 1984 and completed his residency in radiation oncology in 1988 when he took up an Assistant Professorship in Human Oncology, was promoted to Associate Professor and became the Director of the Radiation Oncology Residency Training Program. After serving as Vice-Chairman and Interim Chairman, Dr. Mehta became Chair of Human Oncology and also a Professor in the Department of Neurological Surgery.

Dr. Mehta has authored over 70 clinical protocols. From 2010-12, he served as Professor of Radiation Oncology and co-Director of the Solid Tumor Investigations Program at Northwestern University, Chicago. He is currently Professor of Radiation Oncology, Vice-Chair for Clinical Research at the University of Maryland, and Director of the Maryland Proton Treatment Center.

To learn more about Dr. Mehta, visit The University of Maryland School of Medicine website.